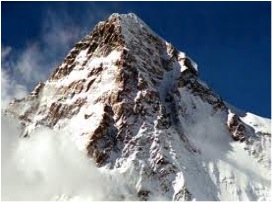 I realized early on that I couldn’t trust his judgment. We were on a 17-day trek to the base camp of K2 – the second highest mountain in the world, located in Northeast Pakistan. When our Head Guide – Malcolm – suggested that, contrary to the published itinerary, our party might return via the Gondogoro Pass at over 18,000 feet, I questioned his thinking. The pass, I had read, is known for rock and ice fall at that time of year. He seemed surprised, and said the group could decide on the way back where the two routes fork.

The group could decide? As the leader, shouldn’t he be prepared with as much knowledge as possible to make the right decision?

I told my wife that I planned to veto the idea on decision day. The warnings in my mountain guidebook were clear. Not to mention that our group didn’t have the technical equipment needed to cross a high-altitude pass.

I try not to confuse being adventurous with being an imbecile.

Two weeks later, returning from the awe-inspiring beauty of K2, we were met by several Pakistani’s who came to deliver a warning. There had just been a tragedy at the Gondogoro Pass. Two men had died in a rock fall – one was decapitated. One other person had a broken leg and was waiting evacuation by helicopter.

Our decision was made for us.

Application: Every great leader is detailed in their preparations. They learn, reflect and anticipate. They plan for contingencies. You can’t cut corners. Be very well prepared.