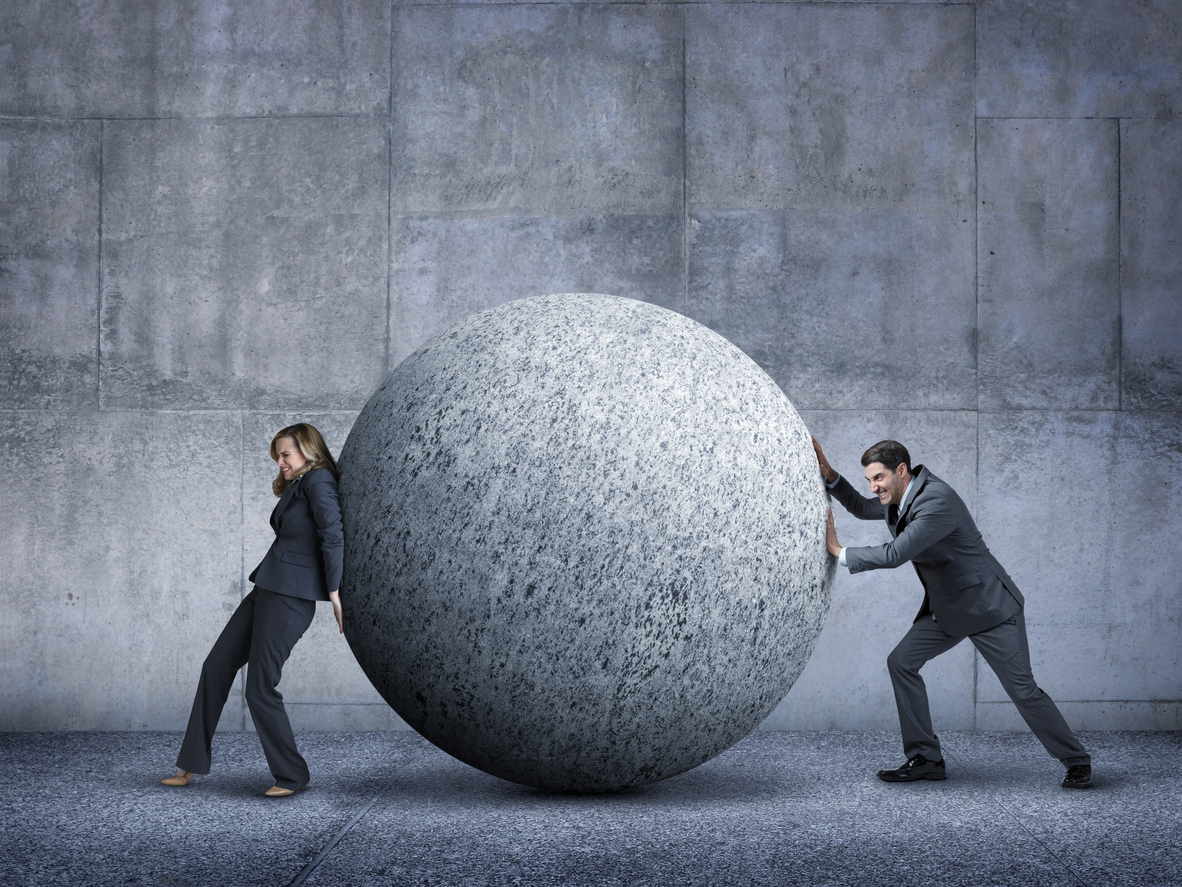 Look in the mirror. Have you established a common purpose or vision that serves as the overarching focus for your leadership team? If not, then it’s little wonder they’re not all pulling in the same direction. Alignment starts with having a common focus – an uncompromising, top-priority focus – that bonds everyone together.

A common focus is a great first step. But if incentives and disincentives point people in different directions then that common focus won’t lead to much. Examine your monetary and non-monetary incentives (such as power, status, and security). Identify which ones are misaligned with the behaviors you need to drive the common focus. Then take steps to eliminate, or at least mitigate, those misalignments. A good place to start? Take a hard look at your bonus plan and your performance management process.
Incentives are reasons for people to act in a certain way. Disincentives (such as fear and insecurity) are reasons for them not to act in a certain way. Overcoming disincentives is not the same as creating incentives. So in addition to aligning incentives, you should identify, and then eliminate or mitigate, the disincentives that are inhibiting the behaviors you need.
For example, fear is a common disincentive to change. It doesn’t mean that people are resistant to change, it simply means they’re apprehensive about the uncertainty associated with change. That’s why it’s critical to over-communicate during times of change: what is changing, why change, what they can expect, what will be expected of them, and how the company will support them. Over-communicating during times of change helps to mitigate the fear of uncertainty that keeps rational people from embracing change.

Let’s say you’ve established a common focus, and you’ve aligned incentives and disincentives. Yet a couple of your team members still won’t cooperate. And let’s say you’ve brought them together to determine what’s standing in their way yet nothing has changed. What do you do?
At this point it’s not about you, it’s about them. It’s the egos. Sometimes high-performing leaders are simply so ego-centric, so self-serving, that they can’t get beyond themselves.
Now it’s time for the nuclear option. You meet with the two antagonists and say something like, “It’s clear to me that the two of you aren’t playing ball together. Yet I need you to collaborate for us to achieve our strategic goals. I’m giving the two of you 30 days to figure out how you’re going to collaborate or else I’m going to replace one or both or you.”
Now there’s a disincentive.
Your task is not to build a leadership team of high-performing individuals. Your task is to build a high-performing leadership team. One that is focused and aligned. Because, as the old coaching maxim states, the best players don’t necessarily make the best team, but the best team usually wins.
Make it happen.
Michael
P.S. Would you like to receive Make Strategy Happen resources (models, tools, videos, articles and more) direct to your inbox? Subscribe to our Making Strategy Happen resources here.