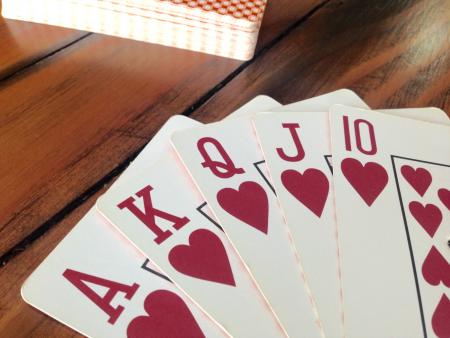 You almost certainly haven’t heard of him. David Baazov is the founder of Amaya, the largest publicly traded, online gaming company in the world. With 93,000,000 registered users, a portfolio of brands such as PokerStars and Full Tilt Poker, and a market cap of $10 billion, Amaya accounts for about one-quarter of the value in its industry.
So who is Baazov?
As a 17-year-old he tried to convince the owner of a local restaurant to buy into his discount coupon venture despite having no business cards, no cash, no pricing model, and no entrepreneurial experience. When the owner told him to do his homework and come back, Baazov did … the next day. And soon closed the deal.
Fast forward past his other ventures to Amaya, which in 2013 was doing almost $150 million in revenues. Baazov decided he wanted to buy the big player in the industry – the Rational Group, whose revenues were over seven times those of Amaya’s. His CFO told him not to bother even thinking about it. Baazov approached the owners anyway and after being taken less than seriously did the one thing all highly successful people do. He persisted.
“Most entrepreneurs fail when doubt sets in,” he says. “Doubt kills more deals than economics.”
A year later, the owners of the Rational Group sold to him.
Regulatory, legal and financial challenges mean Amaya’s (and Baazov’s) story is not yet done. But the lesson is this:
Those who are steadfast in their belief, relentless in their efforts, and courageous in facing adversity, are those who can achieve big things.
Belief. Persistence. Courage. How do you rate?
Your thoughts?
Michael