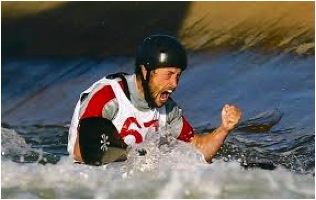 When hiring people I used to pay special attention to people who came from competitive sports backgrounds. The thought being that they knew what it meant to intensively pursue a goal, to work tirelessly to improve, and to deal with adversity.

Yet I’ve learned that coming from a competitive background can be misleading. Were they happy just being members of the team or did they strive to excel? Were they ‘naturals’ who got by strictly on ability, or did they have to work? Were they fair-weather competitors or people you could count on when the chips were down?

And a competitive background isn’t restricted to athletics. People compete for opportunities to advance and excel in the arts, entertainment, academics and many other fields.

So now I’m not so much concerned with a competitive background as I am with evidence of a competitive spirit. Someone who has a history of being goal-oriented, who has continuously worked to grow and improve, and who has shown courage and resilience in the face of adversity. Someone who has a smoldering restlessness that keeps driving them forward.

Yes, when hiring people there is a lot to consider. Don’t underestimate a competitive spirit.