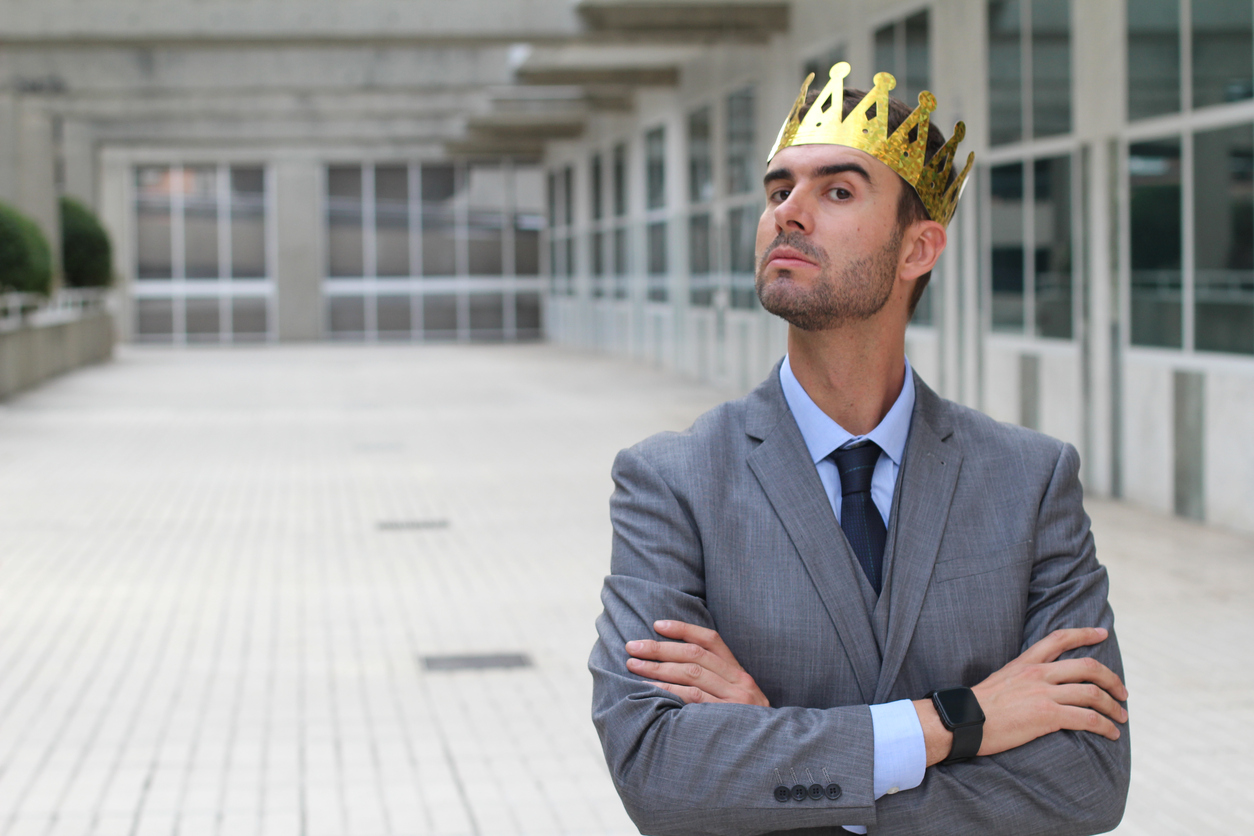 Whenever I’m speaking with a prospective client – typically a CEO of a mid-market organization – I want to determine several things. First, is the person truly committed to making strategy happen? Is it a must-do or merely a nice-to-do? Next, is the person capable? Do they have the skills, experience and traits to successfully lead strategic change? Finally, I want to know the one thing that will almost certainly determine their ultimate success or failure.
Is the person in control of their ego?
No matter how committed and how capable a leader is, if they aren’t in control of their ego then sooner or later things will come off the rails.
Here’s what that looks like:
Deflecting Responsibility
Leaders with out-of-control egos hate to admit mistakes. They fear losing face. They believe that taking responsibility will cause their people to lose respect. As a result, they deflect responsibility and place the blame on others. Sadly, their real failure lies in not recognizing that taking responsibility and committing to change would gain them respect. And keep them from demotivating employees who feel unfairly blamed.
Hoarding Glory
Leaders with out-of-control egos feel compelled to hoard the glory that comes with success. Unsurprisingly, people come to view them as self-centered. This causes them to lose respect. Just as bad, it negatively affects motivation. Denied the opportunity to be recognized and feel good about their accomplishments, people are less likely to give the same level of effort in the future.
Abusing Power
Perhaps the worst manifestation of out-of-control egos is when leaders abuse power. By threatening, belittling, extorting, or taking any inappropriate action simply because they believe their power protects them from being held accountable. Such leaders – self-serving to the extreme – prey on fear or weakness. They may get away with it … for a while. But the escalating abuses ultimately cause their downfall.
So what does it look like when leaders are in control of their egos? First, they are secure enough to be honest with themselves. They take responsibility, they don’t deflect it. They share glory, they don’t hoard it. And they treat power as a privilege and a duty – they hold themselves to a higher standard. It is these leaders who earn the respect of their people, these leaders who people will storm the hill for, and these leaders who – if committed and capable – will ultimately succeed.
As a leader, remember this: It’s not about you. It’s through you.
Make it happen.
Michael
P.S. Would you like to receive Make Strategy Happen resources (models, tools, videos, articles and more) direct to your inbox? Subscribe to our Making Strategy Happen resources here.